My interest in going to Los Angeles began in 1992. I was strongly influenced by the music coming out of the streets and other inner cities across the country.  I felt these youth had something very important to say in their music. It was good research. Coming out of the streets of New York myself, I felt connected in some sense. I wanted to speak about things in my work I was familiar with. I was not going to L.A. as a journalist, but as a photographer needing to make connections, and taking the time to get to know people.

A long term project from 1992-2017"”East Side Stories puts a human face to gang members in Los Angeles while in their homes and with their families. 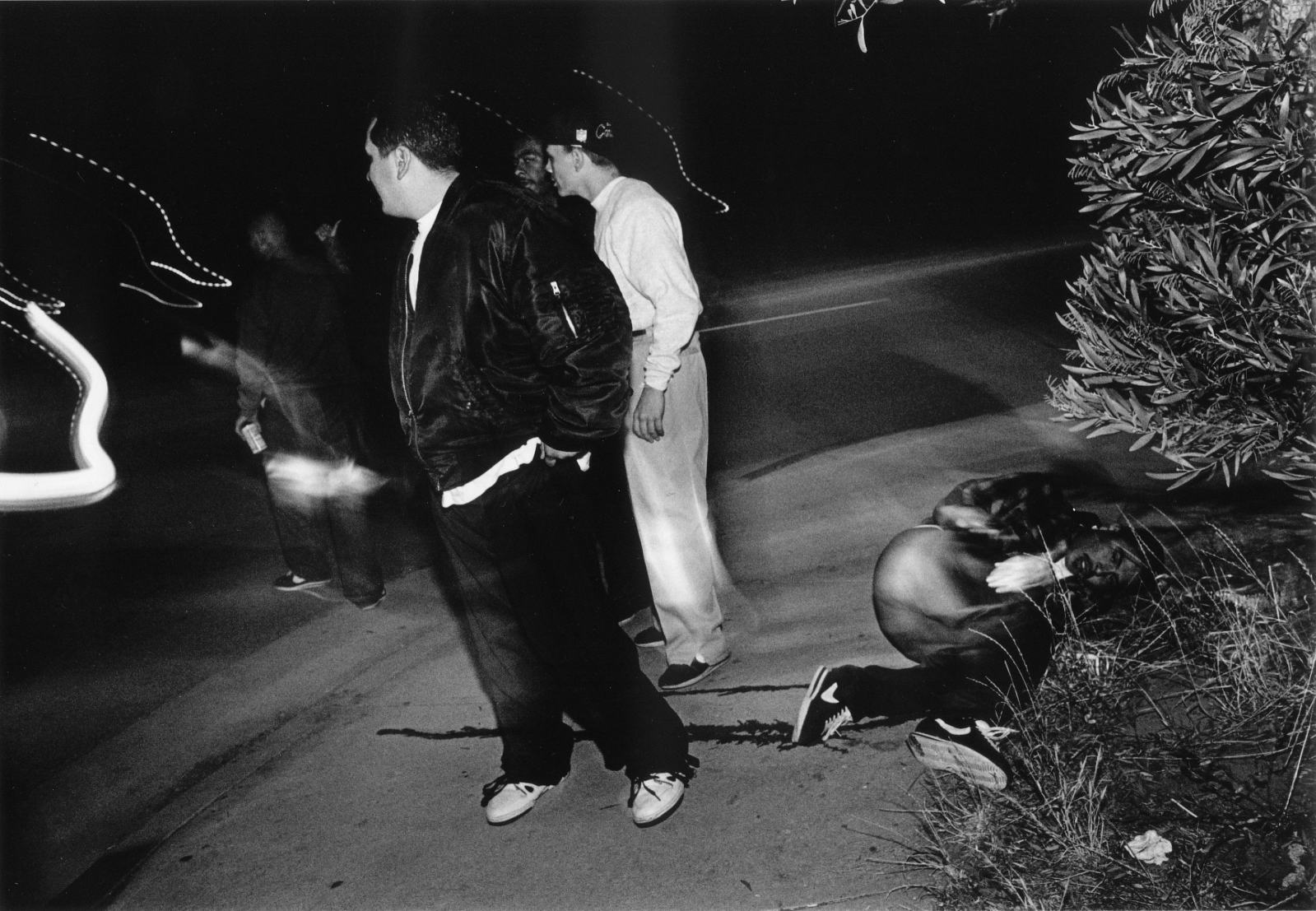 Captions The night of a truce in East L.A., seconds after a drive-by shooting, a Clarence gangmember is hit by fire from an automatic weapon. He survived. Boyle Heights. 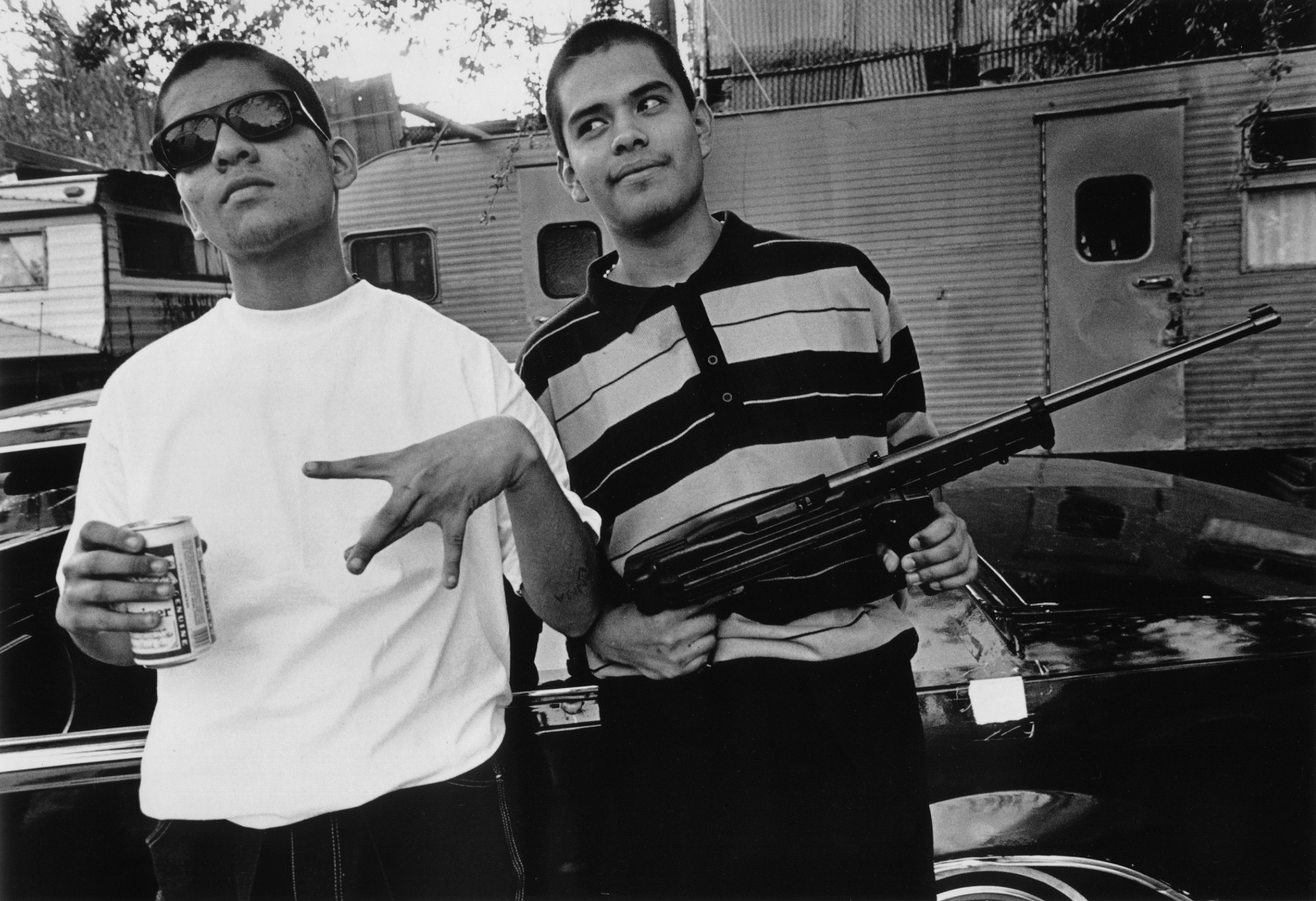 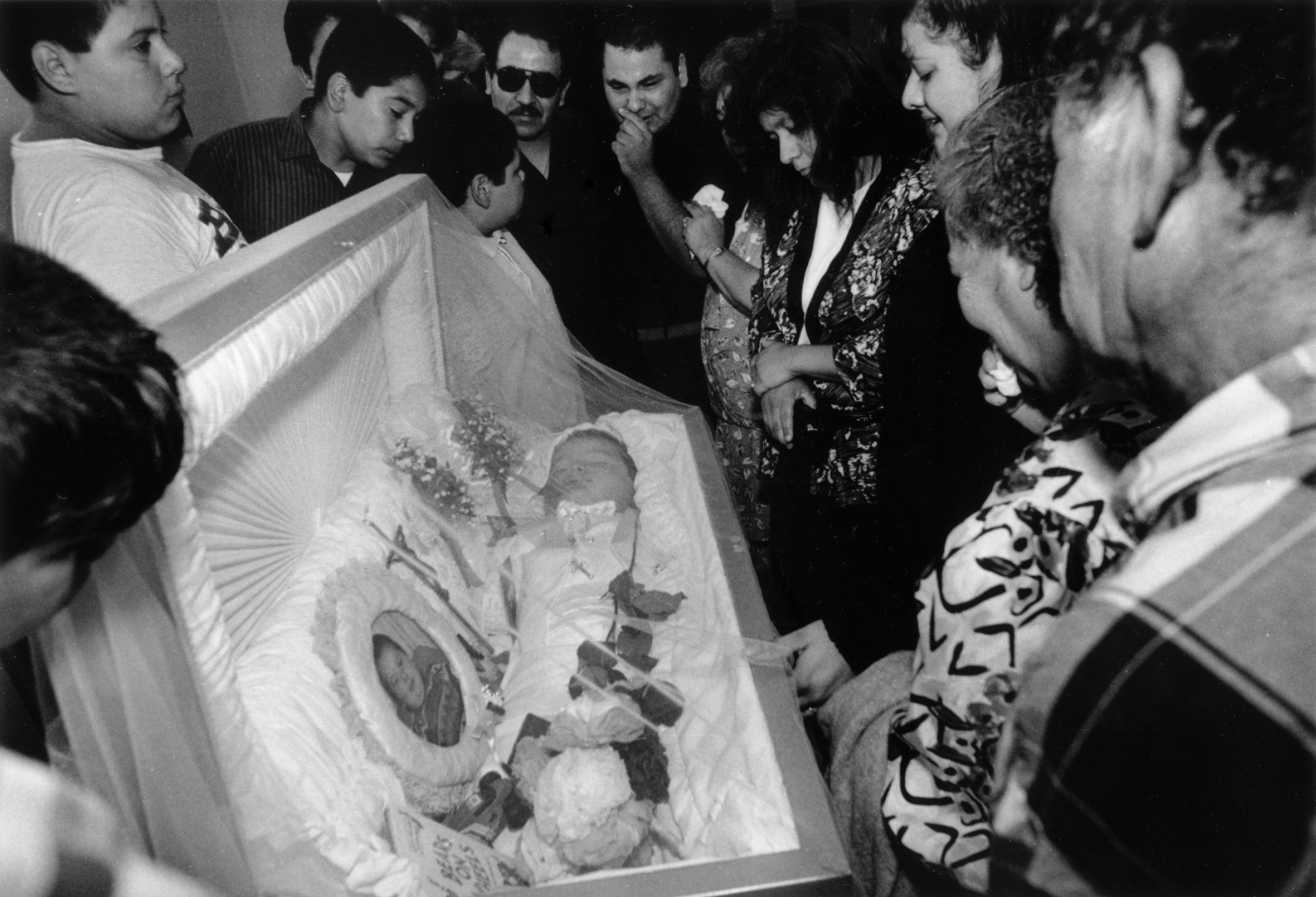 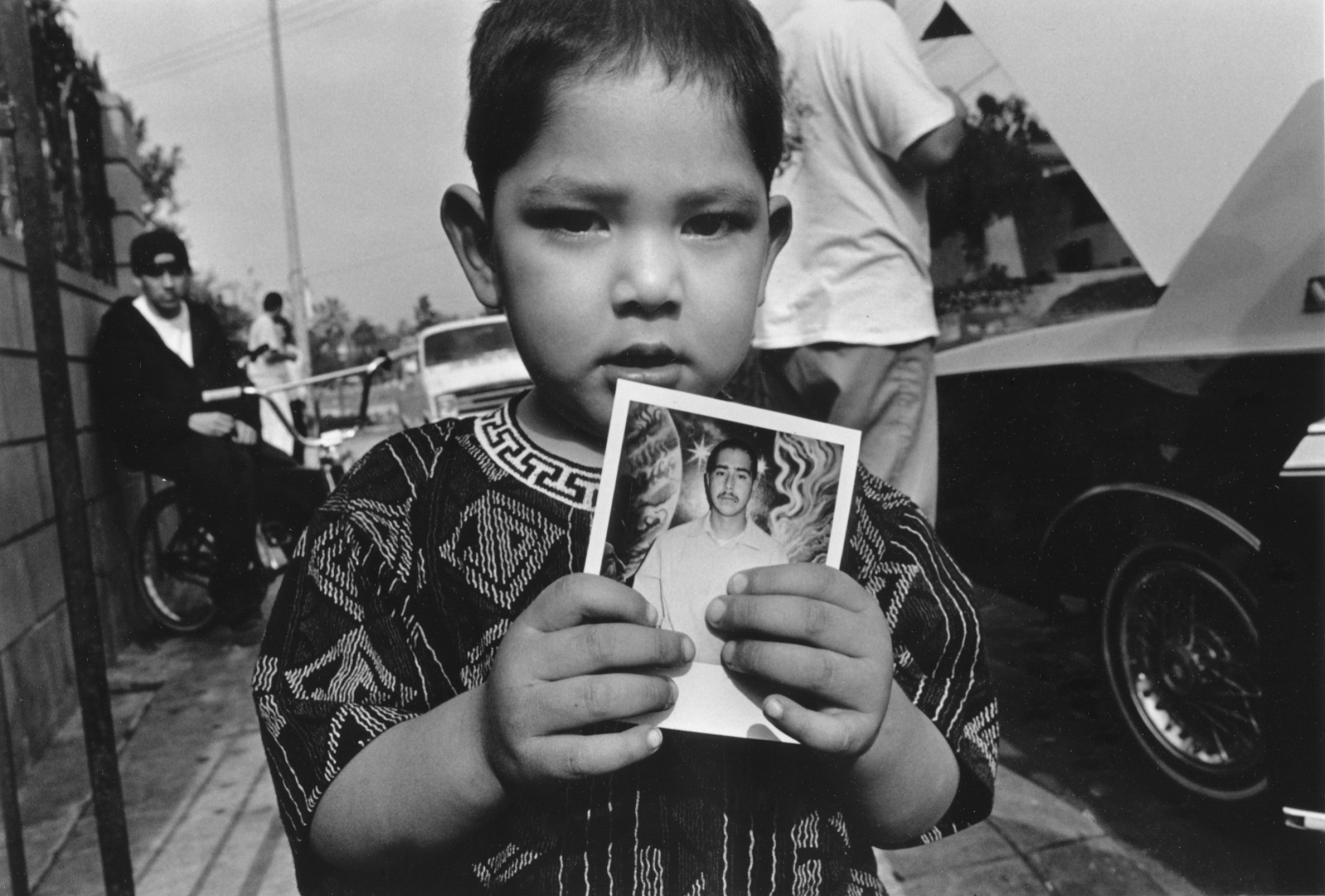 Captions Mike Estrada holds a photo of his father who is in prison. Boyle Heights 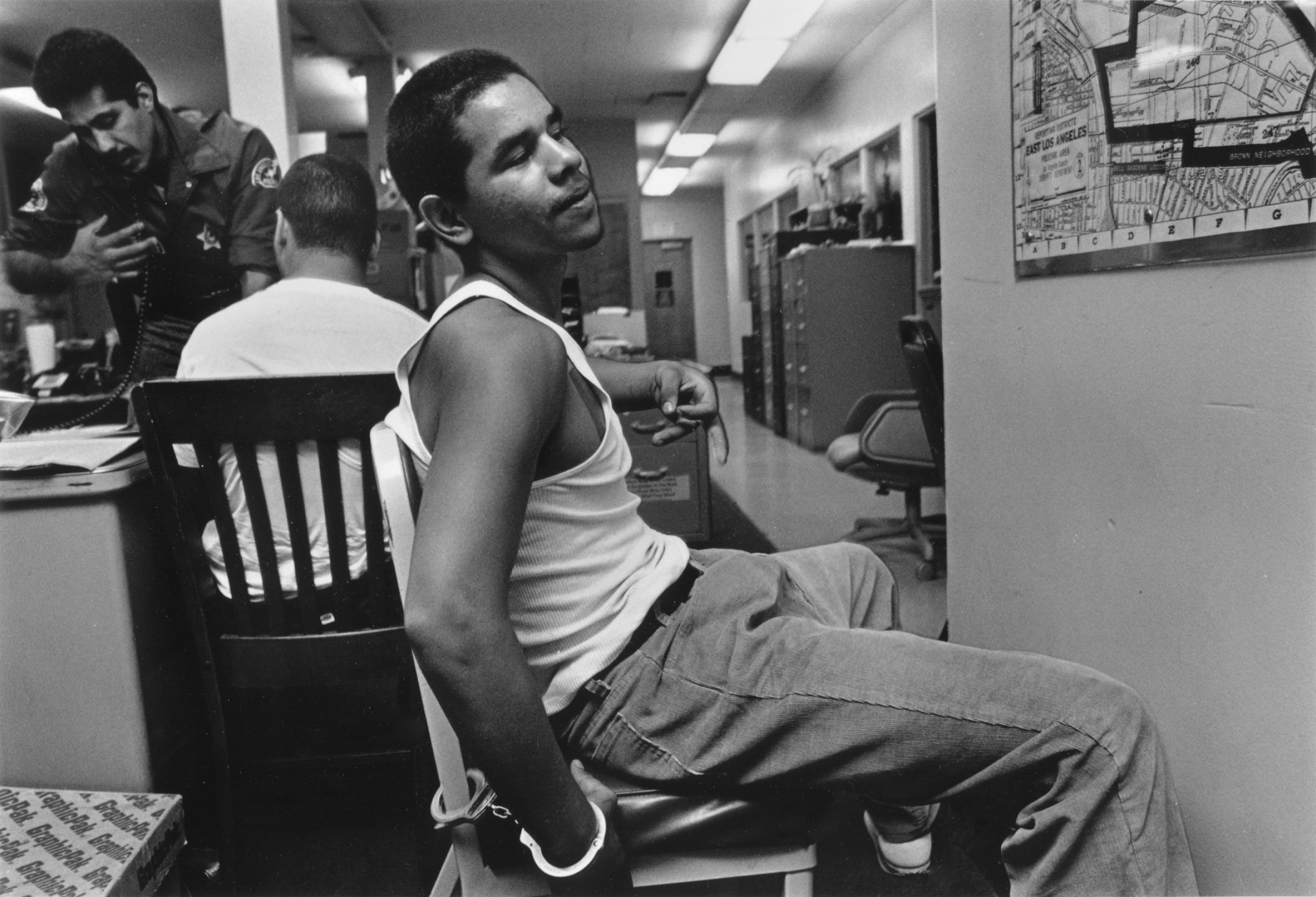 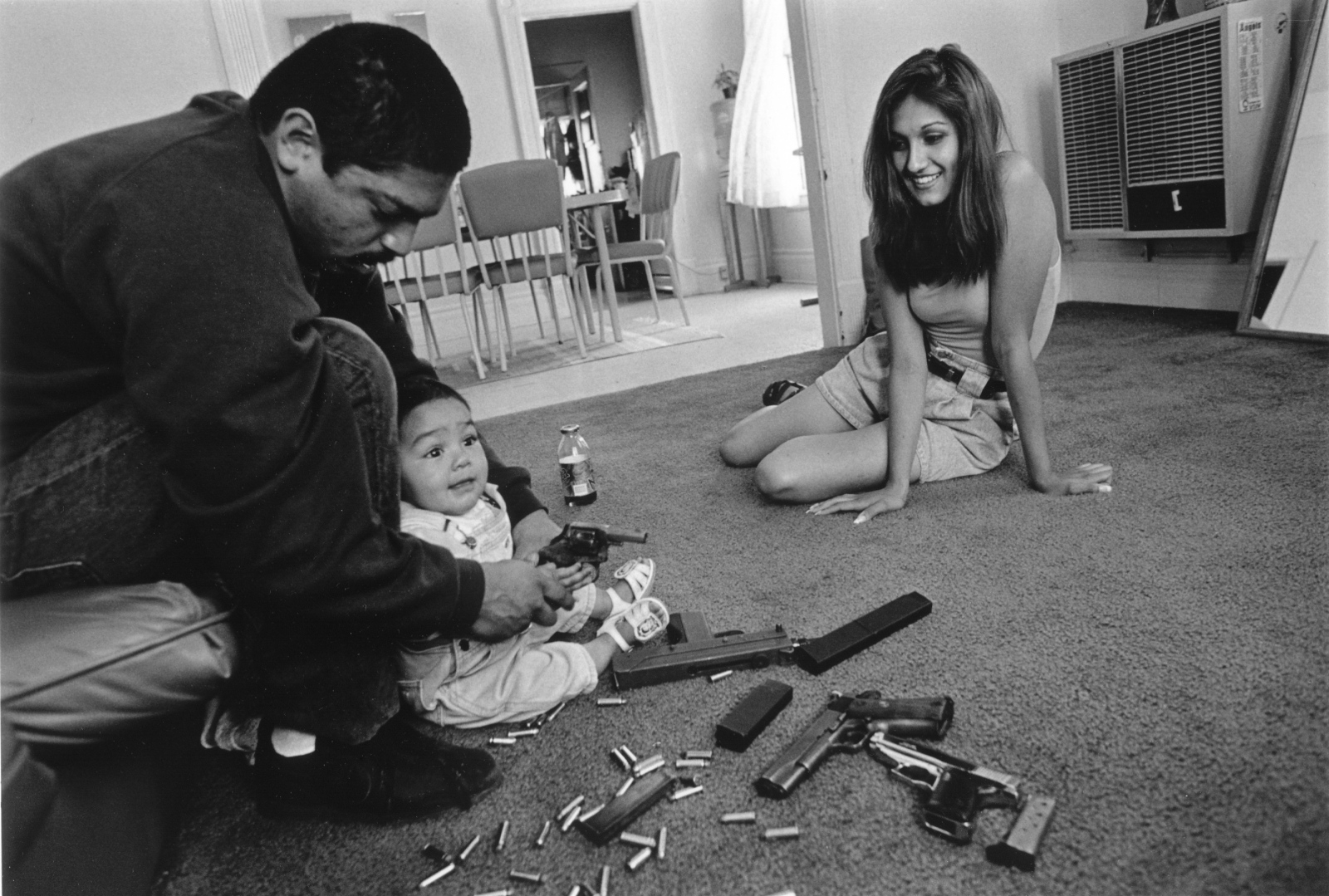 Captions The morning after a rival gang tried to shoot Chivo for the fourth time. Chivo teaches his daughter how to hold a .32-caliber pistol. Her mother looks on. Boyle Heights. 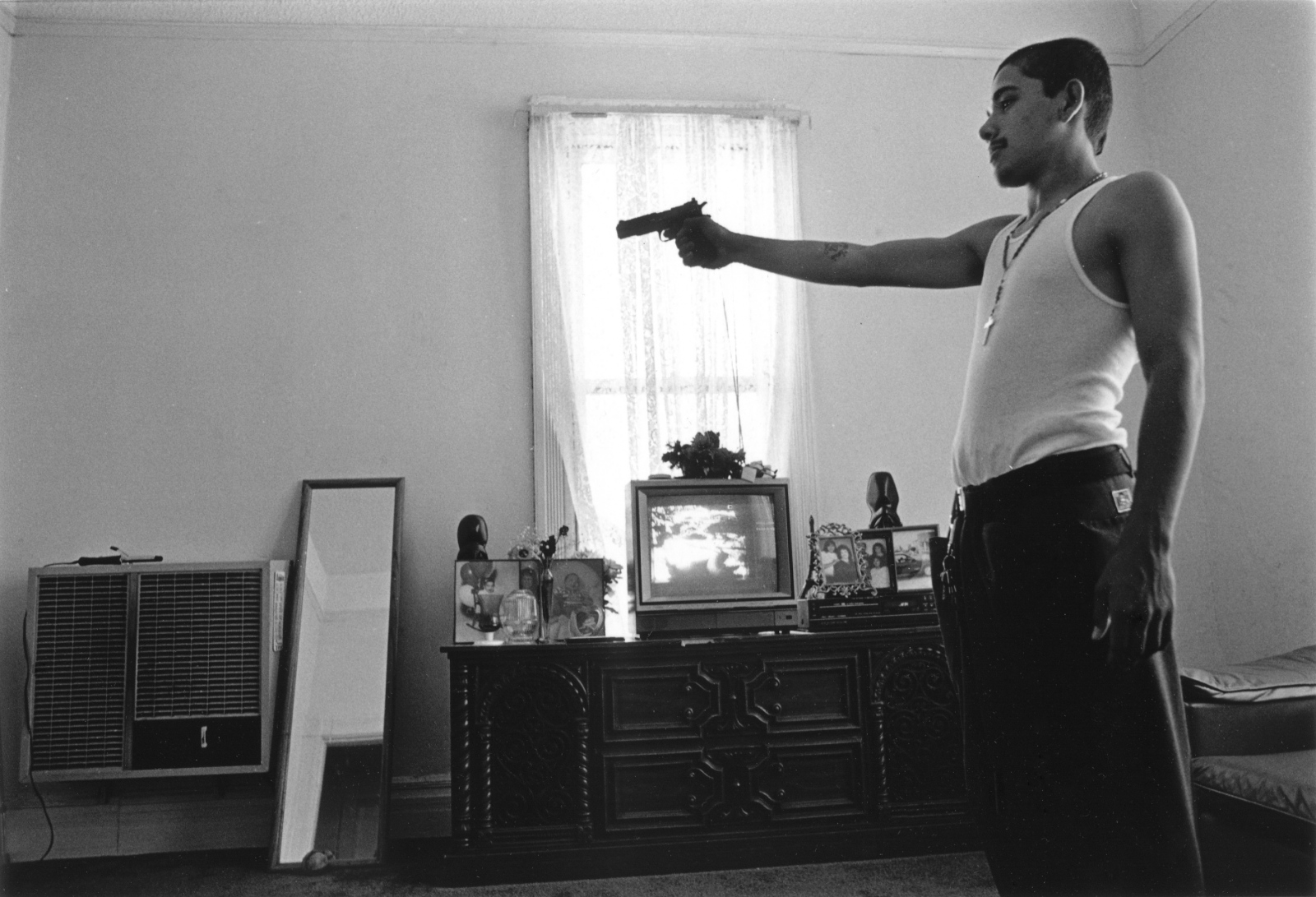 Captions Popeye from Evergreen checks his .45 automatic before getting dressed for the day. 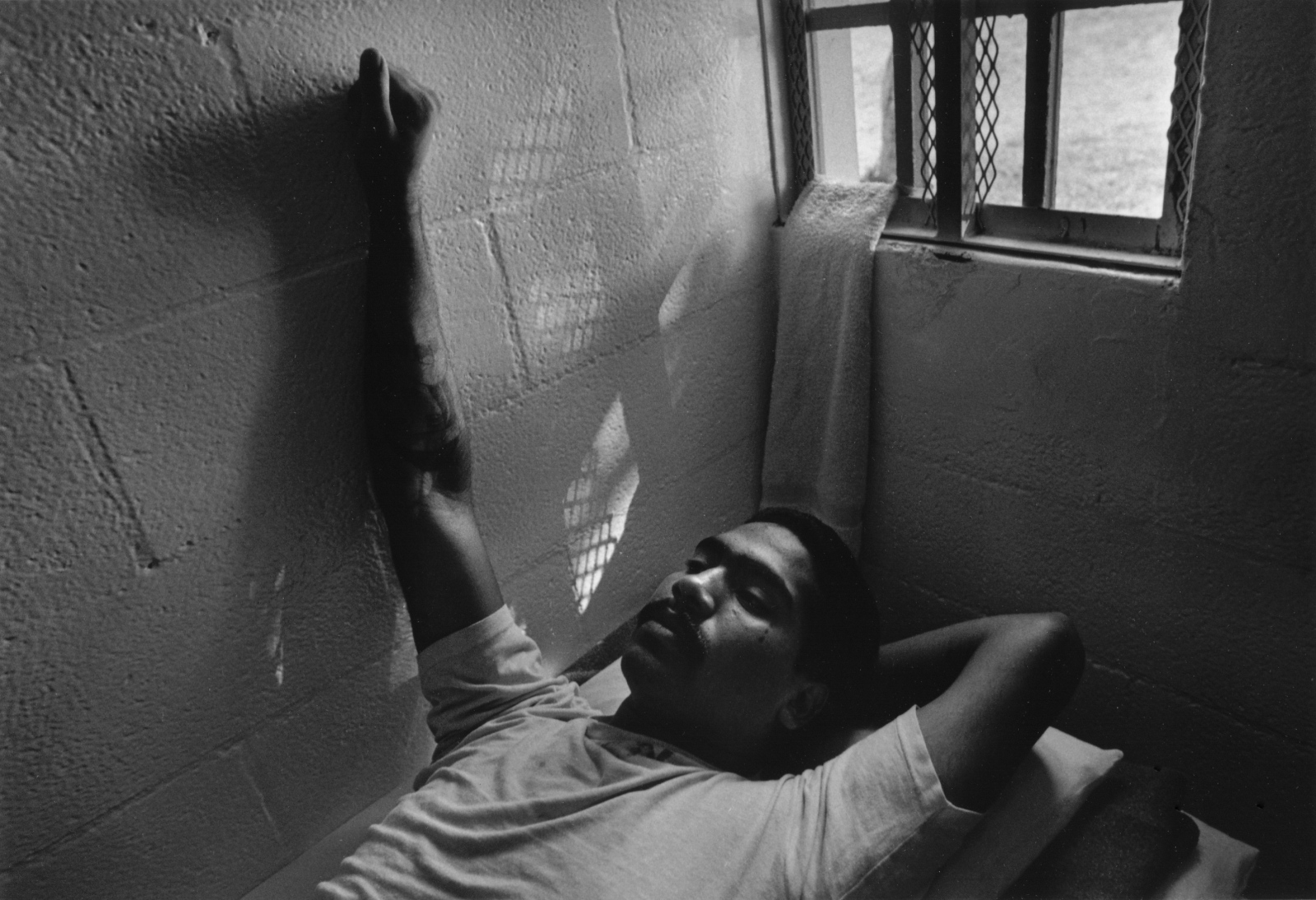 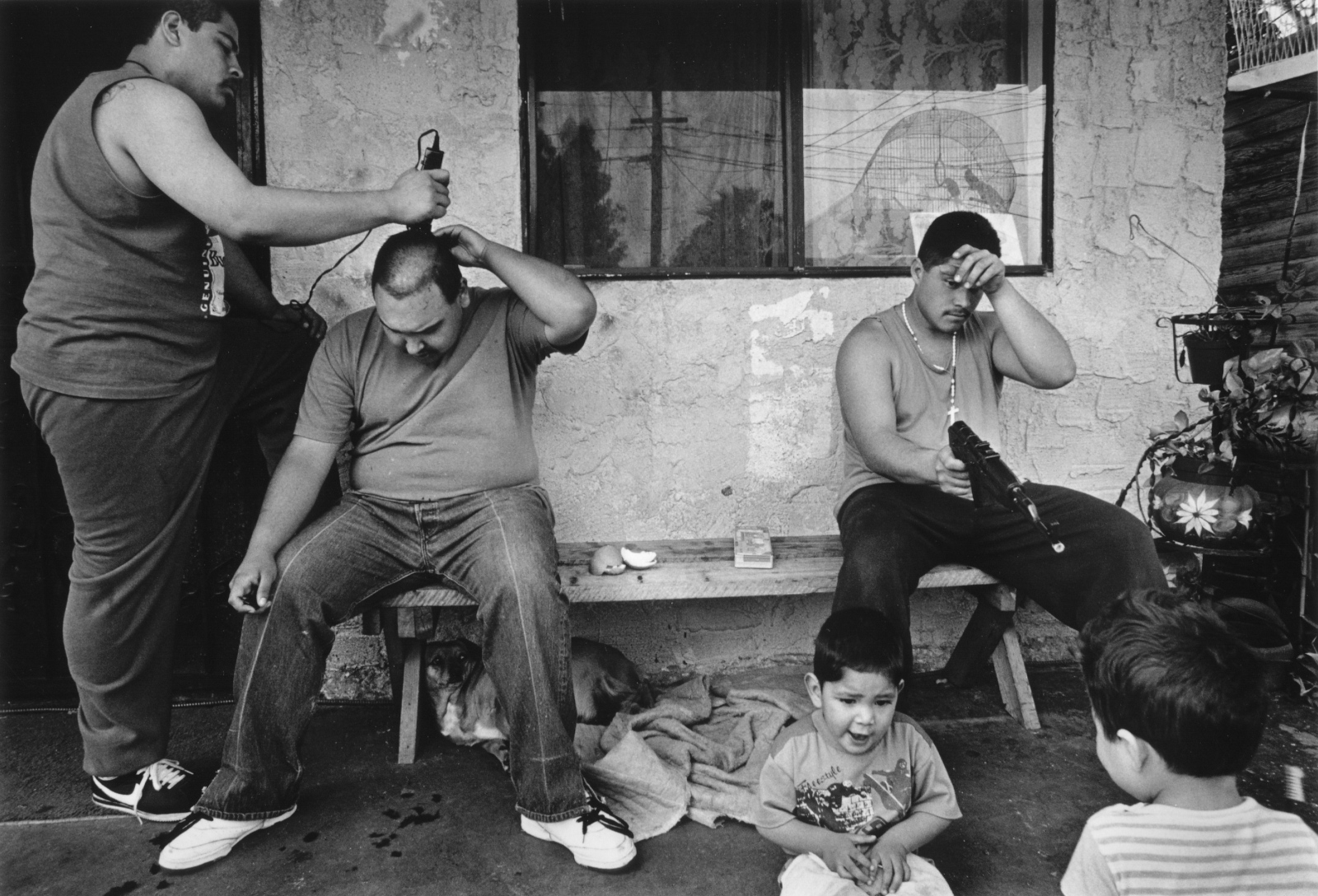 Captions Frankie gives Gyro a haircut, while Spanky plays with a toy gun. They are getting ready to look for a job. Boyle Heights 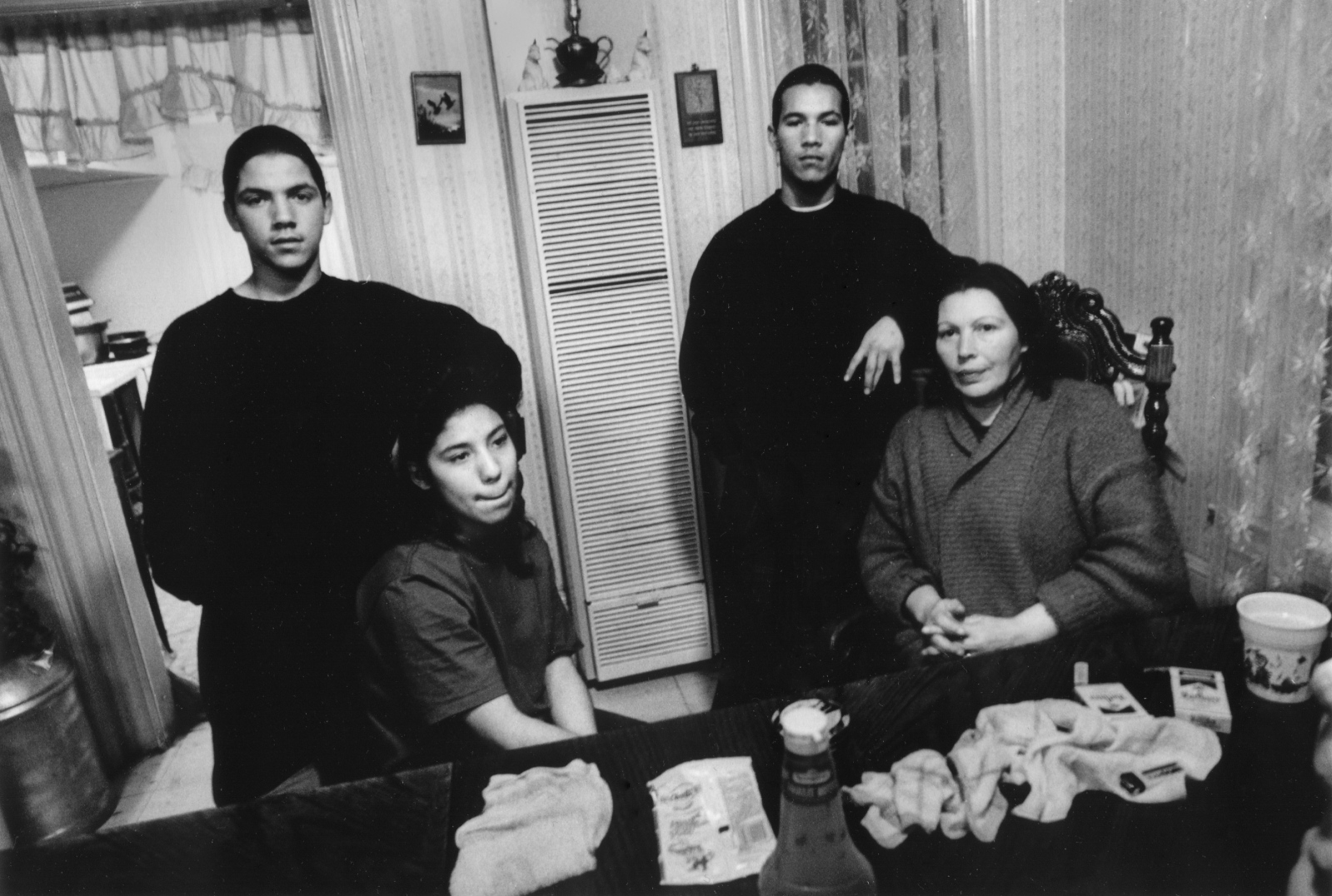 Captions Quiles family at home: Ramiro and Danny from Marianna, with their mother Aida, and sister Maria. East Los Angeles. 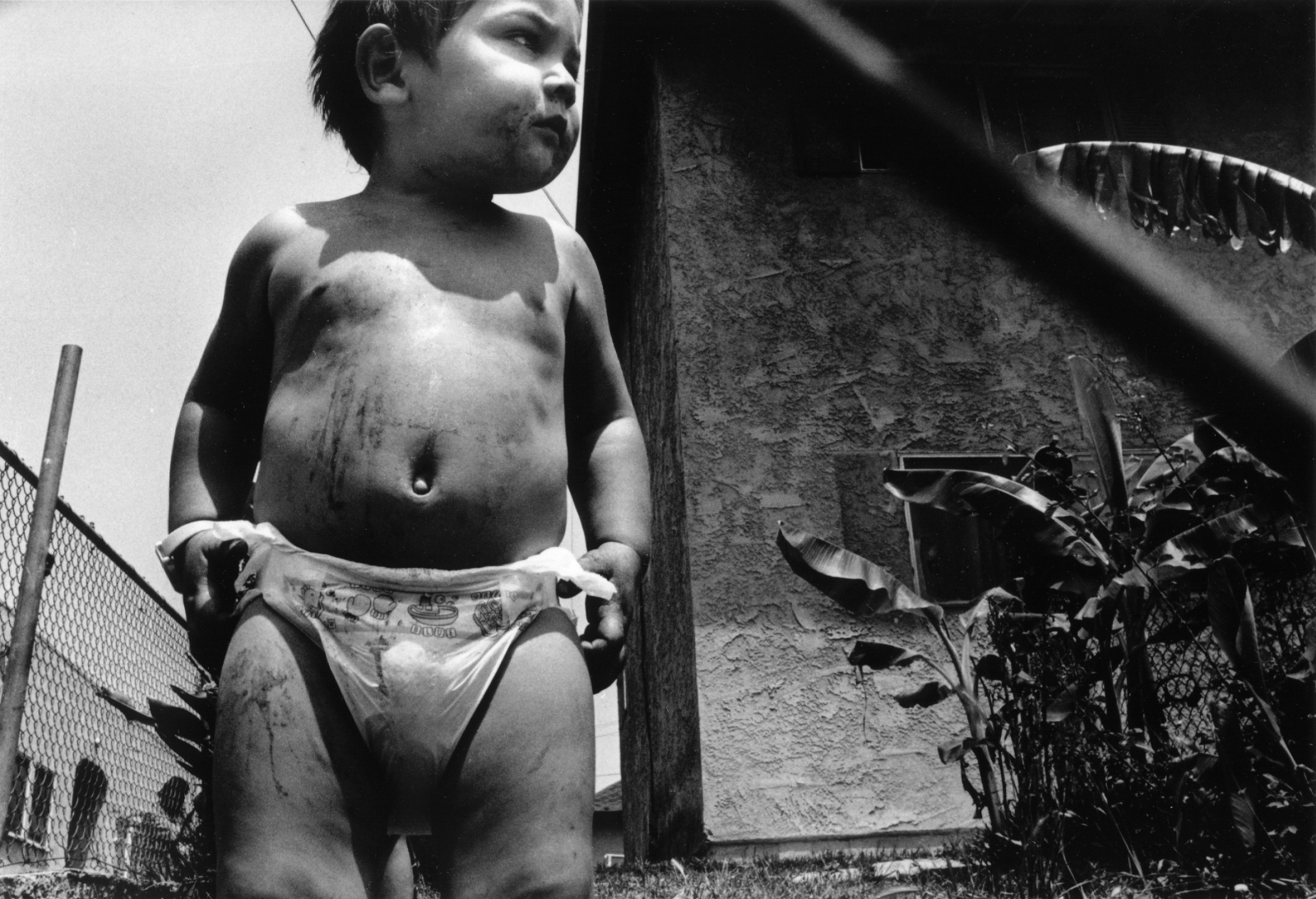 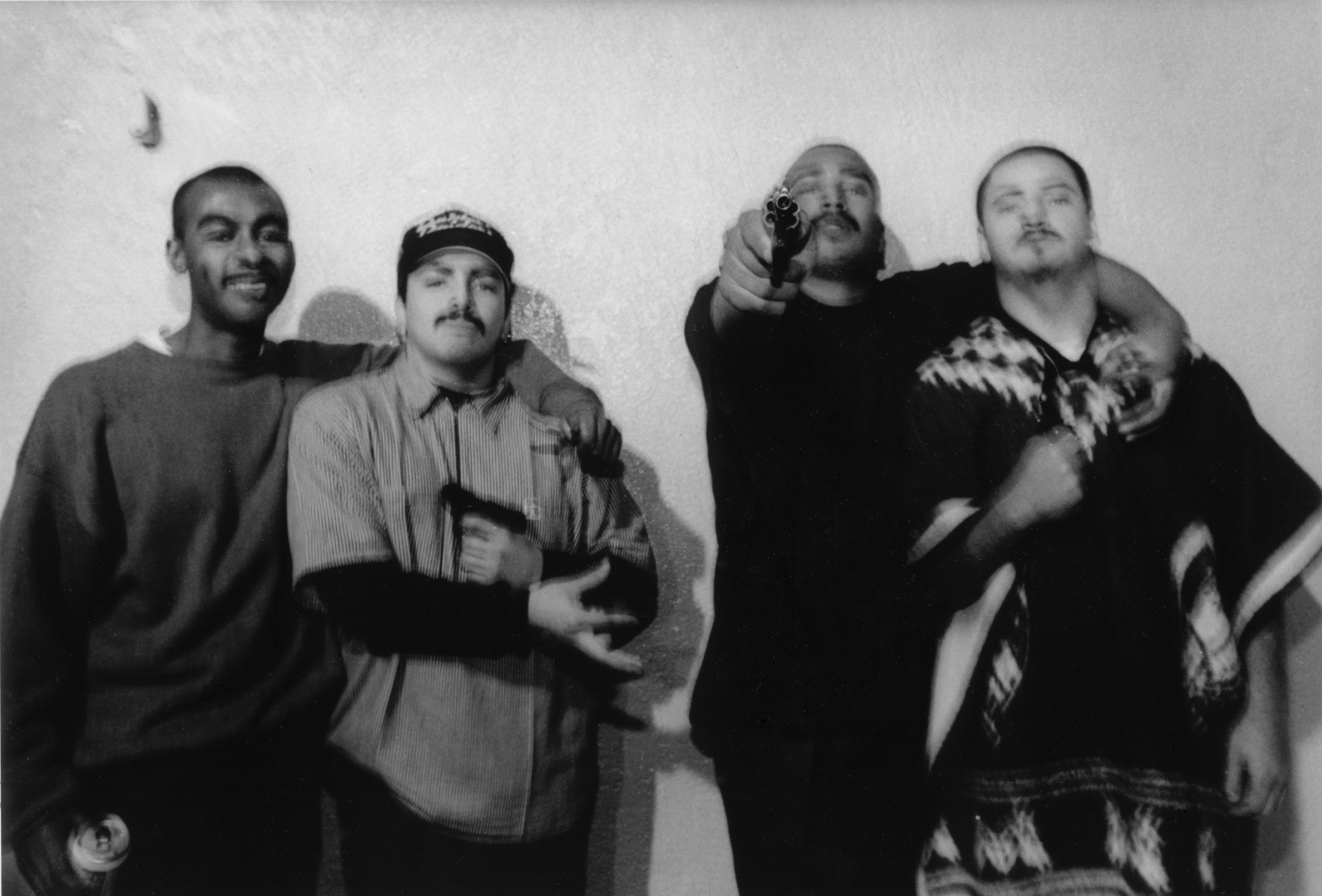 Captions Silent, Chivo, Scoob Dog, and Penguin from Evergreen show off their hardware. 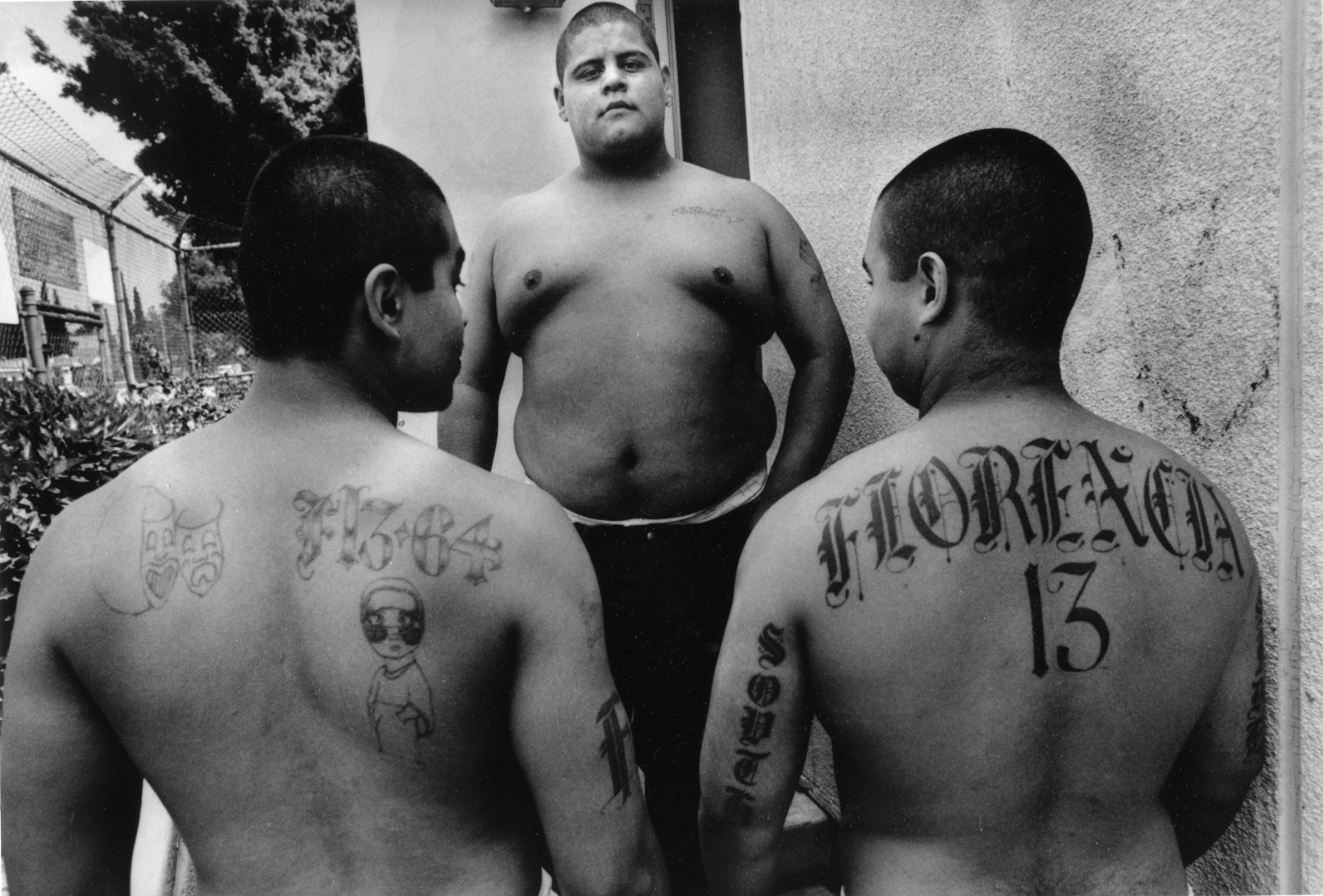 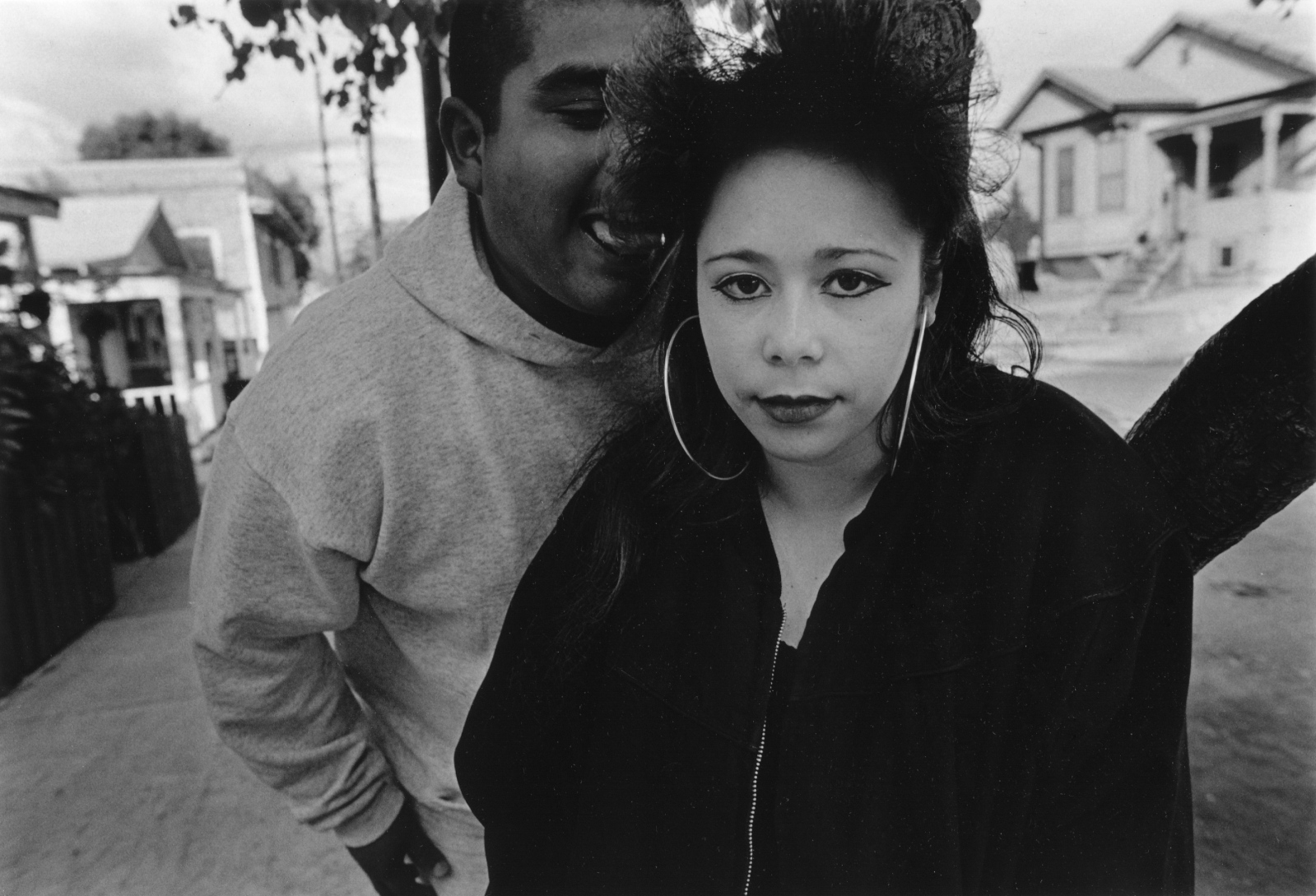 Captions Husky from Evergreen with a homegirl from another neighborhood.